The wind howls, echoing the wolves in the distance. The air, frigid and biting, pierces your exposed skin as you search the horizon of the frozen taiga. Lost, hungry, and separated from your friends, your only hope for survival is to find the helipad and hope your comrades finished fixing the radio tower and sent out a call for help. A blizzard nears, and you have no time to lose.

This... is Project Winter.

Thankfully our winter outings never turn out like this in Newfoundland! But with the power of technology, we can immerse ourselves in worlds and experiences we may never experience in real life. This setting? This story is set in the world of “Project: Winter”, a multiplayer survival game that focuses on cooperation and deception, made by local game developer Other Ocean, headquartered in St. John’s!. Released in May of 2019, Project Winter is Other Ocean’s foray into the growing genre of multiplayer deception games. A foray that, in my opinion, has been incredibly successful in what it sets out to do!

Video games, despite how often they’re portrayed as solitary experiences, are fantastic tools for bringing people together. Much like books, TV, and music, video games can foster discussion about relevant topics and trends. As interactive experiences, they can bring us together for common goals, while also challenging our perceptions and opinions of the world around us, including those we have of each other. This is especially true with multiplayer games, as you often need to work together to accomplish your goals! That’s not to say that your relationship with someone will change forever, simply because of a virtual game of rocket-powered car soccer. Rather, that a shared experience can build bonds and foster companionship, much like a game of real soccer. More often than not, you’re going to have a jolly good time with your friends! Project Winter, especially during a time when we’re often unable to meet in-person, does a fantastic job of this.

After some time wandering aimlessly, your situation has only worsened. You’ve managed to make yourself a fire, but warmth alone won’t satisfy your stomach. Fatigued and on your last legs, you see little hope for rescue, until you see a familiar face crest the hill. It’s your friend Alex!  Or at least you think they’re your friend…

With a moment of reunion, Alex explains that fighting broke out as the final generator was being fixed,. It was unclear if any traitors were among the casualties, but someone had called the helicopter after Alex ran to escape. With no choice but to press on or be frozen by the approaching storm, Alex hands you some cooked berries to eat, and you head off in the direction of the helipad together.

Your friends, and how you cooperate with them, are essential in determining whether or not you escape the frozen wastes. Many tasks benefit from teamwork in some way:

- Exiling Sam from the cabin because they keep “losing” materials,

- And fending off bears! (Although it’s often smarter to just run)

But that’s not to say that everyone is your friend in this game. A game of deception at its core, the mission of at least one person is to sabotage the group’s efforts to escape. If you’re a traitor, you can steal supplies, set traps, and mislead the group on your path to victory (not to mention. Traitors can also access powerful tools, such as firearms and poison, early on while everyone else is focusing on gathering materials to make simple tools. But, of course, a traitor can’t make use of those advantages if their ruse is uncovered too quickly. Someone caught lying, or otherwise acting suspiciously, can be exiled by the larger group and deprived of important resources, or simply killed. But this judgement becomes trickier with the reality that anyone could be a traitor. If you mistake a friend for a foe, you could be making your situation all the more treacherous.

As you and Alex near the helipad, you begin to hear panicked shouts! It sounds like your rescue helicopter arrived, but with it coming a last ditch effort to kill you and your teammates. The carnage boldly presents itself as you see the area littered with sprung bear traps and spent ammunition. You see your buddy Sam blocking the ramp to your escape, rifle in hand. Seeing your approach, they raise it and fire! The shot misses you, but squarely hits Alex. Before Sam can fire again, you exact retribution with your a trusty frying pan, just in time for the blizzard to begin. Already on your last legs and losing body heat, you revive Alex and board the helicopter before you freeze. The two of you find warm beverages to soothe your pains, as you leave the frozen wastes behind.

Despite the core idea of lying and betraying your friends, Other Ocean did a great job with Project Winter as a game that brings people together. While part of that can be attributed to the differences in the social contract we agree to when playing deception games (basically that it’s “just a game” and we expect to be deceived), a lot of it comes from Other Ocean enabling a lot of memorable times through their game design. More often than not, you’ll find yourself laughing along with your friends, any mistakes or humorous mishaps punctuating the gameplay. Sometimes you accidentally hurt someone in front of everyone, causing them to suspect you. Sometimes you unwittingly help the traitors the entire time. And sometimes you’re just cracking jokes with your pals and having a good time! Project Winter is as serious as the friends you play it with, with a lot of room banter between players. If you came to the table looking to have a good time, Other Ocean Interactive has done a great job with Project Winter (currently available on Steam and Xbox)! 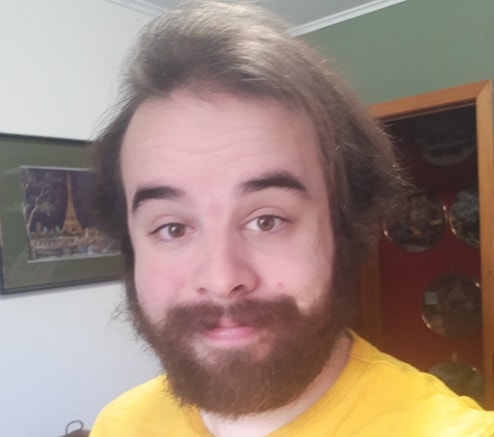 Tom is a Greenrocker, and the Green Co-ordinator for Guide to the Good. an outdoorsman and an avid community volunteer, he likes to play games from time to time with his friends. 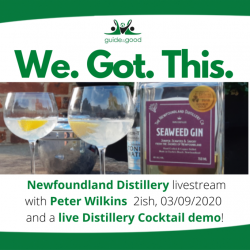 We Got This - Newfoundland Distillery 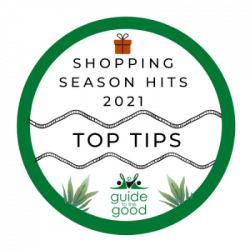 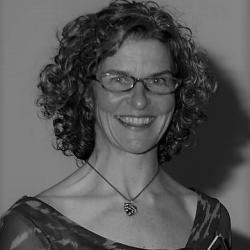 introducing the guide to the good!

the time has come! thegreenrock.ca is thrilled to let you know that your guide to the good is live and launching!