we call it the oldest City in North America

and in Rosemary House's 'Rain, Drizzel and Fog', Mary Walsh said her father said St. John's was a City when New York was a mudhole.

St. John's is and always has been a rock star. early sailors found the way in to the sheltered  harbour through walls of rock. cobbled stone made the lower path - early name of Water Street - passable a hundred or so years ago and in the spring of 2019 in the big little dig/the little big dig the roads were again rock uphove.  what would become St. John's the Capital stretched up steep from the harbour in magnificent paths of least resistance where people setttled and set up shop and built houses - colourful perhaps, but not as colourful as they are now - and built churches and neighbourhood. a lot of churches. up until the 80s there were 10 churches between Harvey Road, Quidi Vidi Road and Springdale Street - a distance of less than three kilometres.

often there is rain, drizzle and fog, but as Republic of Doyle has shown the world, the sun shines and when it is more magnificent than any other place. and people and the place took on the characteristsics of each other. sharp, friendly, unique, interconnected.  downtown.  it's us.

*the musician playing the accordion, Donnie Tucker,  passed in November 2022.  he is missed.

look for the good

inside scoop ~ trade tips from the experts

downtown ~ it's us  feature wrap-up 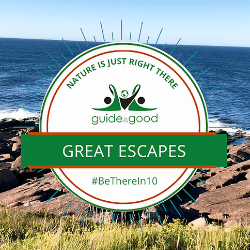 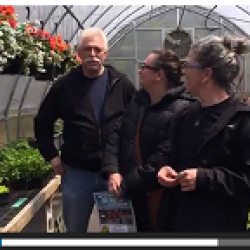 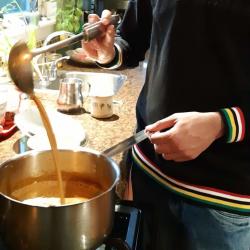 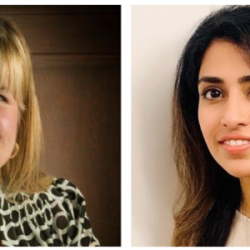 to Gail our thanks, to Maham welcome

changing of the Treasurers - we're proud to extend our thanks to Gail Ryan, outgoing Treasurer, and warm welcome to Maham Rahim, i...