good things on the go around now in Newfoundland & Labrador

We know what March in Newfoundland means but the calendar says spring, things are re-opening, people are starting to move around, there are moonbeams and crocuses to lift the spirit.  So let's go with it!

Spring is about a fresh look around.

When we looked, we saw a slew of good, interesting, uplifting local things on the go in Newfoundland and Labrador. Here we share some of these nice good things!

Like above: we might still be skating but that Loop at Bannerman Park has been a joy beacon for so many this winter!  And backyard rinks have gone mad all over the place.  Look for the private Facebook Group NL Outdoor Rinks for inspiration for next year!

More about the moon below, but have you seen a crocus yet?  The one above was shot March 20, 2022 in the old east end by Bobby Bessey, crocus enthusiast!   It's the first brave heart to show up on her lawn, and it brings hope.  (But temper it with knowledge shared many moons ago by Wilfred Blackmore:  the frost isn't over till we've lot the crocuses three times).

The moon always gives you something to think about.  These two moon photos over St. John's face the same area from different directions a few days apart.

The afternoon moon is from Clovelly Golf Course, a little white circle shining down on long-legged razorback Lucy.  Lucy loves to stretch her limbs.

The morning moon makes night bright.  It's from the lookout at Cuckold's Cove, Signal Hill. On this morning its light was like a blanket tucking in the City.

Four men from Newfoundland and Labrador completed in the Games in Beijing in 2022.

Their excellence gives this province a perfect score of athletes and medlists at the Beijiing games.

girls on their game

Three women of Newfoundland and Labrador are playing hard and leaving marks everywhere.

Hockey player Abby Newhook of St. John's is Hockey East Rookie of the Year.  She plays for Boston College.  She's 18.

Baseball player Jaida Lee of St. John's is set to be the first female to ever play on a male team at the Canada Games.  She's in grade 11.

look! new shows to do with local on TV

In the early '80s it was obvious to anyone with a TV that this place was great at TV shows.

Wonderful Grand Band came on CBC. Most people only had two channels, but it wouldn't have mattered if there here hundreds because WGB was the show to watch. Some great shows followed in the ensuing decades, with 2010 being a major milestone with Republic of Doyle.  Six seasons of beautiful St. John's weather followed, captured in glorious colour.

new music in Newfoundland and Labrador

The 2022 RMP Challenge generated 561 new records.  That is one powerful challenge!  Click here to listen.

The RPM is an annual creative challenge to anyone to record original music during the month of February. It's put off by Unpossible and the unstoppable Elling Lien, and many supporters, friends, and creators.

Tens of thousands of albums and close to a hundred thousand tracks have been made as part of the Challenge since it was founded in 2006, with submissions coming from every single continent on Earth (including Antarctica!)

Creation for the nations.  Maybe this is how we can resolve things.

Now that doors are opening, live music is rising.

Lawnya Vawnya is the non-profit exposition/festival of independent art & culture and music that takes place in downtown St. John’s, Ktaqmkuk.

By the way - Lawnya Vawnya gets it’s name from an old Newfoundland expression meaning “To have a good time at a dance or a party with plenty to eat”.

The music makers didn't get OUT to make music much over the past two years, but.

The pandemic and the tech gave a many young artists the time and indoor space to create.

Owen Finn is one of them.  His first EP, lovely lovely came out in June 2020, followed by albums, EPs and singles -  Learning to Smile with My Teeth, Lunch with Cowboys, New Swears, Cats See Ghosts, and others.

His first gig rocked George Street from Jungle Jim's on their 30th anniversary. Other gigs - like opening for Mark Bragg on Boxing Day at The Shipp - did not see the lights of night.  But creating continued.

To mark the end of the pandemic, out came EP Maximum 30 on March 16.

where this is compassion there is hope

The first quarter of 2022 brought more pandemic and unrest.  There is no end in sight but what is in sight is people making efforts to help.  Newfoundland companies are using the the things they do for a living to raise awareness and funds to help the lives of others.

Here's a couple of examples:

the Good Things pictured on the g2g home page: 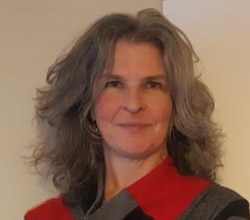 Kim is founder & Digital Guide for Guide to the Good. She's a graduate of and perpetual student of applied ethics, digital marketing, and communications. Local, social and green choices are good things that help build a sustainable future. 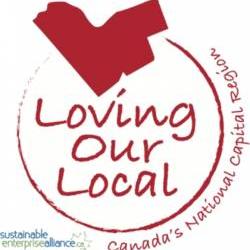 Ottawa newspaper, the PEN, discusses what living local means to them 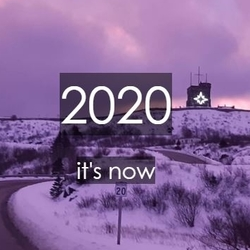 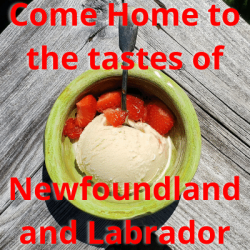 Come Home to NL Food 2022 - get a taste of Newfoundland and Labrador's dishes and drinks - the traditional, the historic, and the ... 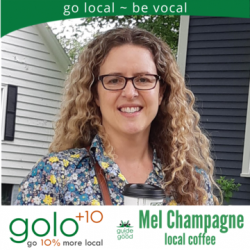